genealogy and latest research
This page updated with much NEW INFORMATION 31 March 2005 Note the following; The evergreen tree that the Swiss citizen holds over his shoulder is the town symbol of Siblingen. The bird on the stump in the Storer crest is an eagle, and the man is holding a toothpick. The Storre name means baumstumpf (treestump) in middle high German. See below for detailed discussion.

DNA traces to the "Seven daughters of Eve" or the "Ten sons of Adam" are now possible. Do your DNA and see what it shows! Go to FamilyTreeDNA and click on "products." They have available several testing kits for the Y-chromosome (male line) or Mitochondrial DNA (female line) or a combination. Get the best test you can afford. Please let me know the results!

We need DNA testing of families in Europe with the surname Storre, Storer, Storrer and other variants. A recent DNA test determined that current Dutch Storre are NOT related to Storer or Storrer, or at least as far as tests show. This does not prove that Storre and Storrer/Storer are unrelated back to Speyer in the 1100s or Swabia in the late 1200s. It is one test, and we need many more to jump missing links in the genealogical documentation we have assembled, which consists of 8713 entries.

We will PAY half the cost of DNA testing for Europeans who fit our needs. Contact us and we will help you with this. The tests are simple, non-invasive, and accurate. <storrergenealogy@storrer.com>

The latest studies of chromosomes and DNA have produced interesting results; very interesting results! First, there is more variance in the Y (female) chromosome, which both men and women have, than there is between the Y and X (males only) chromosome. I always thought women more infinitely variable, and apparently I was right! Men are so alike! But further, there is more variance in the Y chromosome from one to another than from the Y to chimpanzes, our closest relative in the mammalian family!!!

Email information, comments, and requests to mailto:storrergenealogy@storrer.com. If you do not receive an acknowledement within ten days, phone/fax 231/352-9343. Snail mail may be sent to P.O. Box 1121, Frankfort, MI, 49635, USA.
This and related pages copyright © MMIV William Allin Storrer
Bit by bit, mysteries surrounding the family "Storer" are being solved. It has been thought that Storer and Storrer both go back to Storre, which is first-known in Speyer, Germany, in 1182. In 1296 the names Storre and Storer are linked for the first(-known) time when, in South Germany (Swabia) Cunradus Storre (two years later called Konrad Storer) had his marriage witnessed by Herman the Storer. Here Storre and Storer are one. But no DNA test has been done yet to prove a relation to today's German Storre and Storer/Storrer. DNA test shows that Dutch Storre are west European stock, Storrer is Scandinavian.

We can now suggest broad patterns concerning our origins, as well as some very specific elements in our name that define modern-day Storrer. The final e of Storre, pronounced approximately as an unaccented "uh" in English, becomes "er", thus Storer and Storrer. The double "rr" suggests the clear pronounciation of this sound twice - Stor-rer. Different ears hear differently. Since the name was written by those who could read and write, which in the 1100s and for many centuries thereafter meant the local scribe/secratary or priest, we have many variants due to time, government, place, religion. We now list the following as possible Storre family in Germanic lands; Storre, Sterre, Storrer, Storer, Stoerer, Störer, Stöhrer, Stohrer, Stoehrer, Stör, Stöhr, Sturah, Zdora, Zorrer. (Note, English Storer, Storrer and Storey have not yet been linked to the German source; we've had no help from English of these names.)

The name itself is middle high German for treestump (baumstumpf). The treestump appears on all early versions of the Stor(r)er coat-of-arms (wappen). The single stump appears as Storer in Konstanz (Constance), Germany, a stump surmounted by an eagle in a split crest in Chur, Switzerland, and then the same quartered as Storrer in Bavaria. Further, surmounting the crest is a gentleman picking his teeth with a toothpick. Storrer also means "Grübler" from which we get grüblen = to stir, to prick, to pick, as in to pick ones teeth.

Abbreviations used in the book;

The various tribes that today are considered German are found dominating the broad plains between the Rhine and the Elbe, from the Baltic Sea to the northern foothills of the Alps, long before the Romans ruled the world. As tribes fought and conquered or were conquered, migrated and intermarried, the Germans remained dominant in this area, much as Latins dominated south of the Alps. North Germans were often red-headed, central Germans were predominantly blonde, and south Germans brunette. The Germans eventually split three ways, north to Scandinavia, west as the Franks, and East as Alemanni (which the French use as the name for all Germans) and Suebi (which becomes Swabia, now Baden-Württemberg but originally including Raetia, now largely German-speaking Switzerland), this eastern group speaking Gothic, which becomes in time the language of Germany. Contemporary scholars remain divided as to whether Alemanni and Suebi are different groups or one, which is why we say "three ways" for the split, rather than four. Either way, Stor(r)er and possibly Storre may lay claim to being Alemanni and Swabian. Until we have DNA results, we cannot determine other connections.

As a side note, Bavarians are apparently descendents of the Marcomanni, who harassed the Roman empire from north of the Danube east of modern-day Ulm (where the Danube, flowing north, turns east). Swabians and Bavarians, tho both German, are different Germans, and thus the rivalries between these two largest of German states.

By the time the Germans come up against the Romans, the Celts have been pushed out of upper Germania. (American confusion about "upper" and "lower" Germany derives from thinking of "upper" as northern. The terms refer to altitude of the land, so lower Germany is the broad plains in the north rising from the Baltic sea, while upper Germany is the hills and Alpine foothills of southern Germany.

Possibly the best English-language source on Germania is William Harvey Maehl's Germany in Western civilization (University of Alabama Press, 1979). I quote from it as follows;

<The family was the oldest and most cohesive unit in ancient German society. All persons of close consanguinity were embraced in the family. To lose a kinsman was thought to be a little less than loss of part of oneself. Great respect was shown the head of the household, always a male. He exercised ultimately authority over all its members. Theoretically, at least, he could for just cause slay wife or child or sell them into slavery. Above family stood the clan (Sippe). This was a community of more distantly related persons living in the same district. In wartime the clan was the cell of the tribal army, fighting as one man. Similarly, for work in the field or forest it was an economic unit. the fraternal spirit that inspired the Sippe was reflected in the fact that all of its members bore a common name, usually ending in the patronymic suffix ingen or ungen.>

The "ingen" ending then carries through to the places these people settled, which become village/town names, such as Siblingen, Löhningen, Beringen, Gächlingen, Wilchingen, Osterfingen and Guntmadingen in the Klettgau-Randen Valley and Esslingen, Göppingen, Börtlingen, Echterdingen (Stuttgart's airport), Mark-Gröningen, Bockingen and many other towns around Stuttgart and throughout Swabia. Outside Germanic Switzerland and Baden-Württenberg you will find only a smattering of "ingen" towns.

A further question, not answered by Maehl, is whether or not the ingen patronymic relates to worship by these pre-Christian peoples of the Germanic god Ing. I doubt it could be otherwise, but would appreciate any proof one way or the other on this matter.

Apparently Storer followed the Neckar south to Stuttgart. From here two directions, one east along and beyond the Neckar, jumping to Ertingen, on to Konstanz and up the Rhine to Chur, as Storer. The other went south via Villingen and on to Siblingen as Storrer. Proof of the Siblingen connection may come from our discoveries during researches in Swabia and the Family History Center of the Mormons in Salt Lake City, Utah, of documents of the Storrer family in Villingen.

So, Stor(r)er or however you now spell your name (Storer is the most common in the United States, Storrer in Germany and Switzerland), welcome to the family. If this is the first time you've been to this web site, please contact us at <storrergenealogy@storrer.com> and tell us about your family. 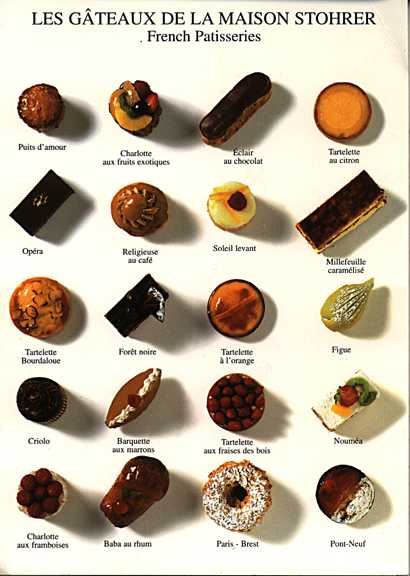 If you go to Paris, say hello to your cousins. Patisserie Stohrer, 51 rue Montorgueil, Paris. They are purveyors of fine chocolates.

Besides the genealogical database for the Storrer and Weber families of Siblingen, Switzerland,we have a number of other documents, some important, some more curious than anything else.

8616 names are linked in the basic Storrer(-Weber) genealogical database. We also have a database of the Tanner (a.k.a. Danner) family of Schaffhausen, now linked to this database.

99 generations are "documented" from Adam & Eve to the first King of the Franks.

And this may be linked into our documentation of Charlemagne (Karl le Gros) through to the Weber family (and thence to Storrer), though not by a bloodline.

A further "documentation" links Odin/Wotan, Norse king of the gods, to Charlemagne.

Yes, we collect whatever seems of usual, or unusual, interest. Sometimes for fun, and sometimes because it is true.

PLEASE NOTE; we do not give out genealogical information on this site. We consider the family genealogy to be private information. We can release individual family genealogies to specific family members who request them. We have linked over 250 American Storrers back to our common Siblingen ancestor. 21 American Storrers as yet have not provided sufficient family history to link them to their European ancestors.

We do know the line from Siblingen that went to Brazil, and are awaiting the Brazilians for the specific lineage.

A Paraguayan line of Storrers is linked to a Storrer family in Stuttgart. This line is being researched.

Want to know more about Siblingen, the hometown for most of us Storrers, and our cousins Tanner?
We've added a number of web sites to our Siblingen page. Go there now, by clicking here.
The materials in this and related web pages are copyright © in the old and new millenia by William Allin Storrer.
Back to top